On Satureday (June 1, 2013) about 10000 left-wing activists gathered in the german city of Frankfurt am Main for an international demonstration march against global capitalism, poverty and power of financial markets. About 20 minutes after the start of the protest march the protesters were stopped and kettled by german riot police, more than 1000 people where brutally arrested.
Here: A placard wich reads "Zauberberg" (Novel by Thomas Mann) is lying on a bunch of others, this placards are supposed to be evidence for unlawful conduct of the protesters, placards reinforced with styrofoam plates are seen as "passive armament" by the police. 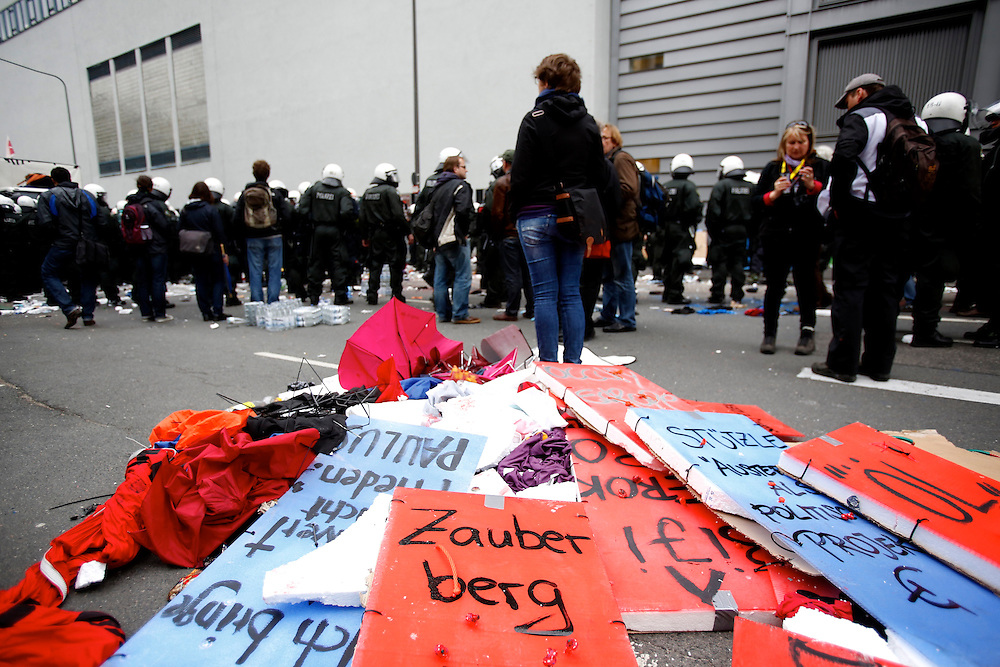