On Wednesday, April 1, 2015, about 60 left-wing activists gather at the Frankfurt Preungesheim detention center to express solidarity with Federico Annibale (called Fede), a young italian activist who was arrested during the Blockupy protests in Frankfurt on March 18, 2015. Mr. Annibale is held in investigative custody for accusations wich are still undisclosed and unclear.
Here: Activists are holding a banner at the outer wall of the detention center. 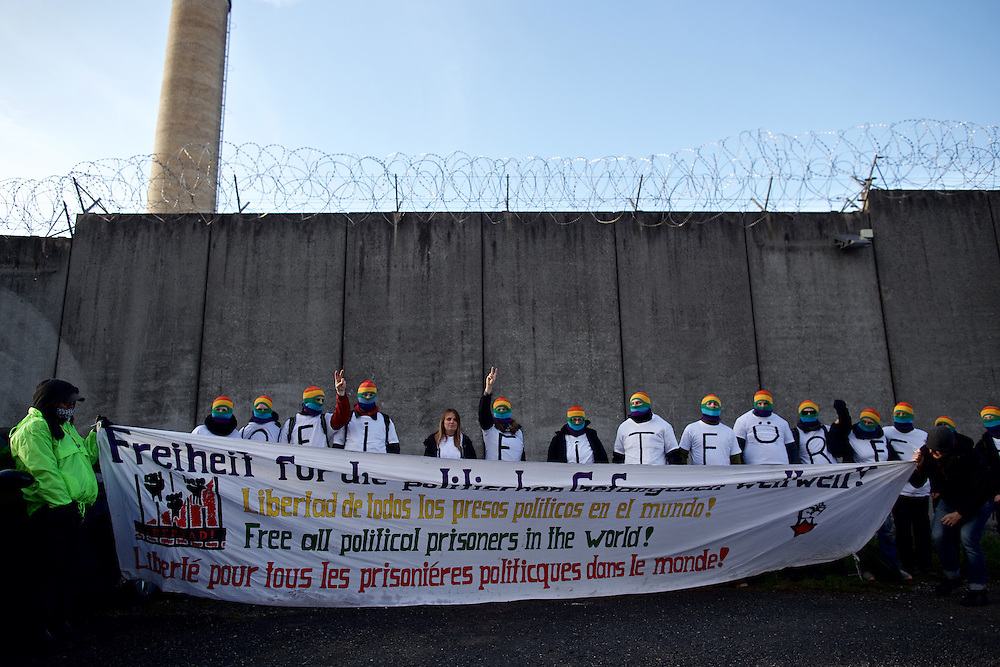