About 1500 left-wing activists from several communist groups took part in a revolutionary May Day demonstration march against "exploitation, poverty and war" (Gegen Ausbeutung, Armut und Krieg) under the motto "Hamburg sieht rot". The demonstration march started at Altona train station, from the very beginning of the rally there where violent clashes with police forces. Picture shows a police officer violently attacking activists who are standing on the loading platform of a truck wich served as loudspeaker and stage vehicle for the demonstration. 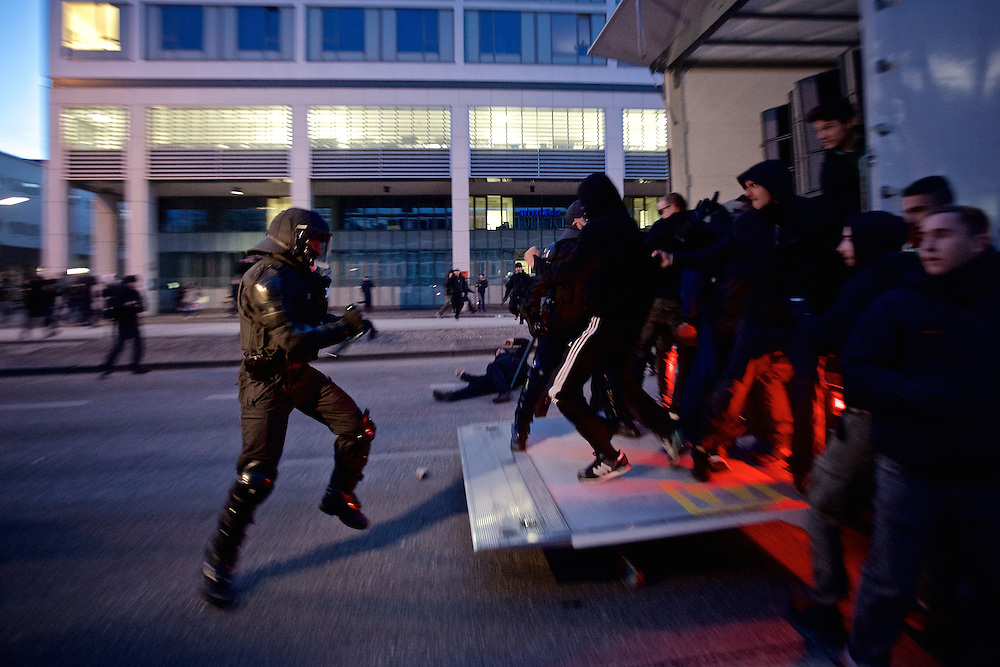